A few weeks ago we threw a little surprise shindig for my parents anniversary - they rarely celebrate in a big way so I really wanted to make it special. But after spending weeks getting our backyard party-ready (laying sod and a new deck - more on that soon!), I didn't have a lot of time (or money!) left for other details. So when it came to decorating, easy and inexpensive ideas were key.

I picked up some fresh flowers from the grocery the day of the party and threw together these pretty floral arrangements in my fave Dollarama vases. They didn't have a lot of stock that morning so I chose an assortment of whatever was on hand, but I was happy with how they turned out :) 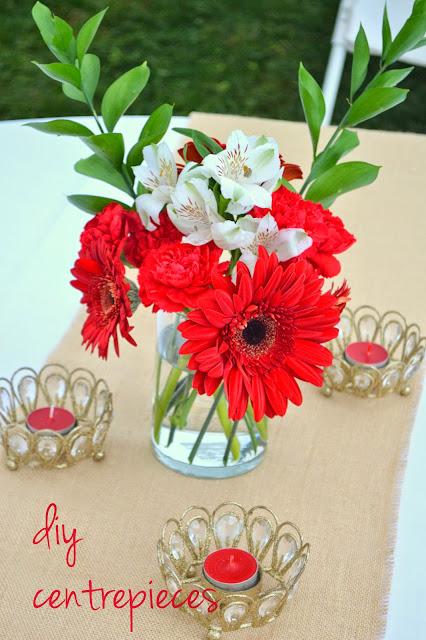 The frayed-edge burlap runners were another quick and easy diy, cut from some jute fabric I found on sale at Fabricland. I thought it was befitting for a garden party :) No sewing necessary (I used this tutorial as a guide) - it took literally less than an hour to make 5. 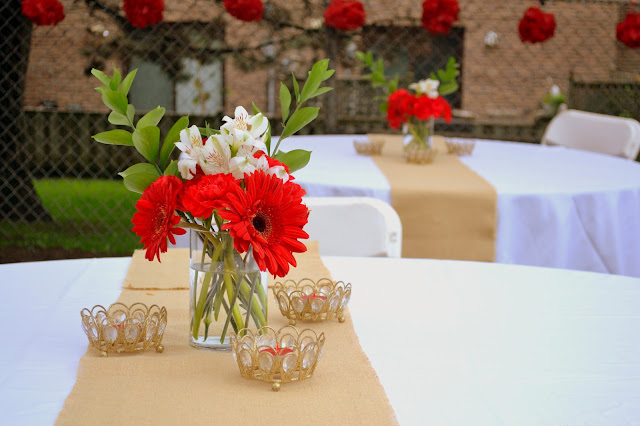 To top it off, I added a little shimmer to the tables with some candle holders saved from my engagement (which were super cheap from Jordan). 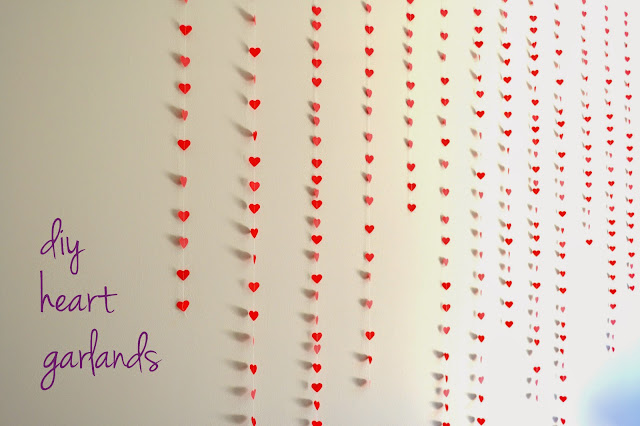 We set up the buffet inside so I wanted to dress up the huge blank wall behind the table. These super sweet heart garlands (inspired via pinterest of course :) did the trick, and they were so simple to make. 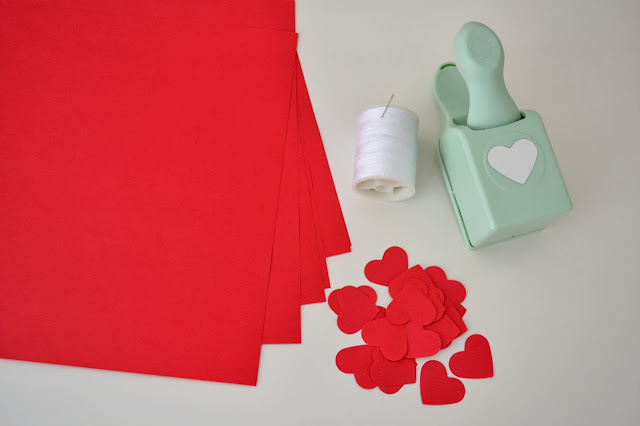 I already had a little heart puncher (bought years ago from walmart for $5), so I just used some red paper and punched out tons of hearts, then strung them together with a needle and thread. It was so mindlessly easy - just watch out for tangles! 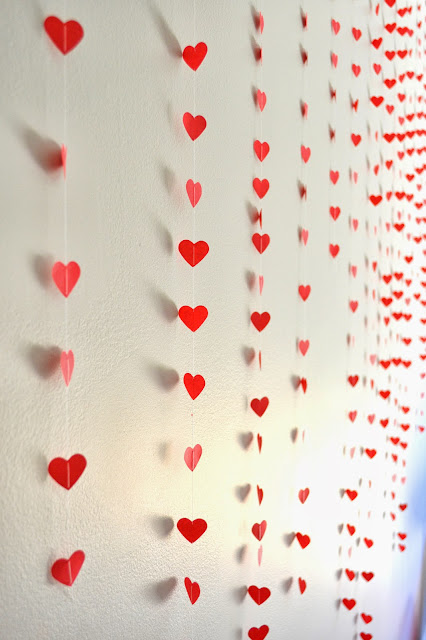 I missed out on pics of my 40+ tissue poms, but I did get plenty of the pièce de résistance (which admittedly doesn't look simple or easy) - the amazing cake, handmade by our fabulous and super talented friend Farheen :) 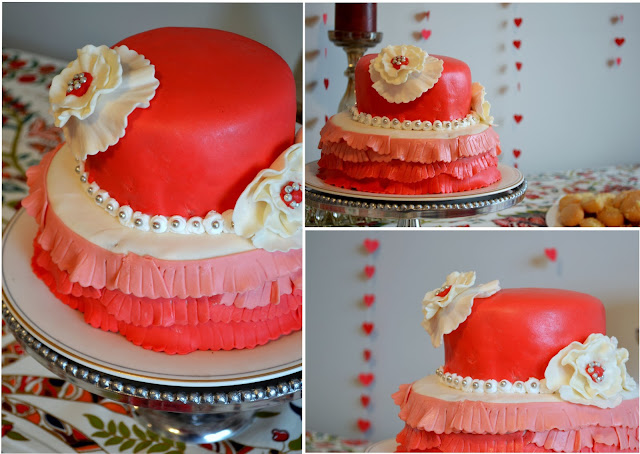 Complete with a recipe for halal fondant - and trust me, it tastes as good as it looks!

We also diy-ed our own canopy to shade our guests rain or shine, at a fraction of the cost of renting a tent. 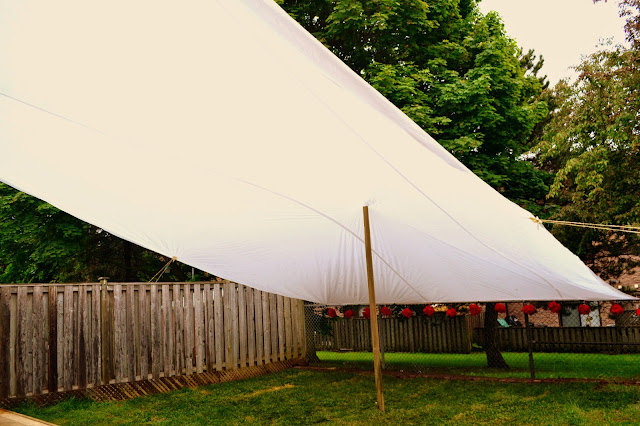 That tutorial will have to be saved for another post though - partly because I didn't have time to take pics of the process, but mostly because I almost ruined the entire thing by cutting the tarp way too short (so much for remembering the pythagorean theorem!). We'll be redoing this for another party in August so hopefully I can share the deets next time around :)
Posted by samaa at 16:10 9 comments:

Hello again loves! I'm finally back after that long break - which was unintended, but with good reason :)


The honey and I are expecting our first little one! Alhamdulillah, it's been such an exciting and blessed time. But I won't sugar coat it too much, the excitement has come with lots of less-than-fun symptoms - I'm sure many of you can relate! I'm SO indescribably happy and just over the moon thinking about what an enormous blessing this is, but I'm not going to pretend I haven't also been super cranky :)

Thankfully I've started feeling a little better as of late so I'm hoping to get back into the swing of things. Stay tuned!

samaa
wife, mama, lover of God and design enthusiast. Blogging on my adventures in decorating and DIY, reviving old furniture, family, faith, and whatever else inspires. Thanks for reading!